The image monitoring module mainly realizes the function of real-time monitoring of visible light cameras and infrared thermal imaging cameras, real-time display of visible light or infrared thermal imaging video images on the computer of the monitoring main station, and can realize the remote control of the PTZ camera by the operator. Carry out the capture of key images, and realize the automatic capture of images during the automatic execution of tasks, and also realize video recording.

Because other modules need to call some functions of the image monitoring module, for example, the alarm output module needs to call the video function of visible light and infrared thermal imaging when encountering a vibration alarm, so the interface display and the function category need to be separated in design. 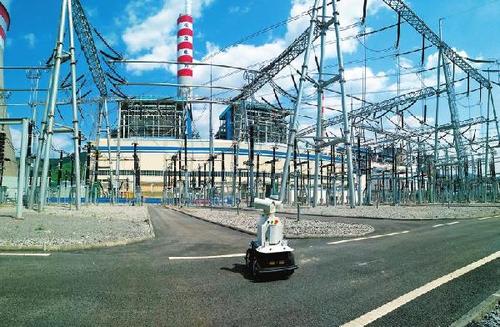 In order to facilitate the manual remote control of the inspection robot by the operators, some commonly used direction control keys are specially set on the keyboard, which can control the pan/tilt head up, down, left, right, stop, and reset. In addition, use the four arrow keys to control the traveling direction of the robot body, and use the space bar to control the robot to stop immediately.

The query module is divided into three parts: log query, report generation, and historical temperature query. Log query is to automatically record the daily operating status of the infrared thermal imaging inspection robot and the control commands issued by the base station system into the database, and it is convenient for operators to query or export log records. Operators can sort and select various status information and alarm information recorded in the database according to time or type when querying the log. The function of the report generation module is to facilitate the operator to browse and query the detection results of the robot; and to generate a format inspection report.

The alarm output module judges the current state of the robot by inspecting the signals from the ultrasonic and vibration sensors transmitted by the robot body. When an alarm signal is generated, the robot will give an alarm and collect and store data. The alarm information will also be displayed in the status display module of the robot and stored in the database, which ensures that the detailed information of the output alarm at the time can be found in the future.

The configuration module is a module used to configure various settings of the base station system, such as the switch of the ultrasonic and vibration sensors of the inspection robot, the planned speed of the robot, and the names and stops of various equipment in the station that need to be detected.