The thermo-regulatory system of human body has the task to maintain a constant temperature despite the variations caused by environmental conditions and/or physical work. The control of heat exchange between human body and the environment is essential for body temperature regulation. The tegumentary apparatus (skin) has the fundamental role of regulation of heat exchange through conduction, convection, radiation, and evaporation. The activation of body compensatory vasoregulation occurs during muscles activity, through reduction of blood flow in the splancnic region and tegumentary apparatus. Intense exercise causes heat production in the core structures and activates muscles, with a consequent massive transfer of warmer blood from the internal to the superficial parts of the body. Thus, the vasoconstriction in these regions increases blood flow in the muscular areas while the muscle blood volume remains constant. The blood volume in the internal and periferical parts of the body decreases.

Usually, cutaneous temperature is estimated by averaging values of the cutaneous temperature recorded in predetermined regions of interest (ROI) by contact temperature probes, but since many years several group of research tried to use infrared thermography (IRT) to measure these values. IRT is a non-invasive technique that visually represents the whole process during and after exercise. This device allows quantitative and precise evaluation of the spatial distribution and time evolution of cutaneous temperature, allowing data recording rate up to 100 Hz. IRT is widely used for medical diagnostic analysis and is becoming increasingly used to record variations of cutaneous temperature linked to physical exercise. 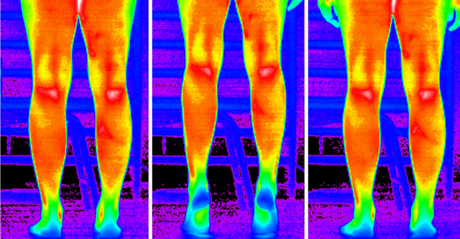 Figure 1. Thermal images of one repetition of standing calf.

Our aim was to test the hypothesis that differences exist in the dynamics of exercise-associated skin temperature changes between trained and untrained subjects. We investigated thermoregulation of a local muscle area (muscle–tendon unit) involved in a localized steady-load exercise (standing heels raise) using infrared thermography. Seven trained female subjects and seven untrained female controls were studied. Each subject performed standing heels raise exercise for 2 min. Thermal images were recorded prior to exercise (1 min), during exercise (2 min), and after exercise (7 min). The analysis of thermal images provided the skin temperature time course, which was characterized by a set of descriptive parameters. Thus indicating that athletic subjects increased their skin temperature differently with respect to untrained subjects.

In conclusion, physical training improves the ability to rapidly elevate skin temperature in response to a localized exercise in female subjects. This work contributes to improve the knowledge about the potential of IRT to provide a detailed description of the changes of skin temperature in response to localized exercise. This methodology may be useful for investigating the physiopathology of cutaneous temperature changes and may also present implications to studies aimed to investigate athletic performance.