Human adipose tissue can be divided into white and brown adipose tissue (BAT), largely consisting of white and brown adipocytes, respectively. The main purpose of white adipose tissue is energy storage, while the main function of BAT is thermoregulation by non-shivering thermogenesis as a response to cold. Its ability to expend energy could potentially be used to prevent or treat overweight, obesity, and metabolic dysfunctions such as type 2 diabetes. In adult humans, brown adipocytes are mixed with white adipocytes and are located in multiple depots. For simplicity these depots may be called BAT depots, even though they contain a mixture of brown and white adipocytes.

One well-established method for estimating BAT metabolic activity is using 18F-fuorodeoxyglucose (18F-FDG) positron emission tomography (PET)/ computed tomography (CT). To measure the BAT metabolic activity the subjects are preferably exposed to cold since most persons do not have thermogenically active BAT under thermoneutral conditions. 18F-FDG PET/CT scans expose the subjects to potentially harmful levels of ionizing radiation and are expensive. The amount of ionizing radiation can be partially reduced by using a PET/magnetic resonance (MR) scanner instead of a PET/CT scanner. However, to enable large-scale or longitudinal prospective studies of BAT activity safe, reliable, and preferably cheap, methods are needed. 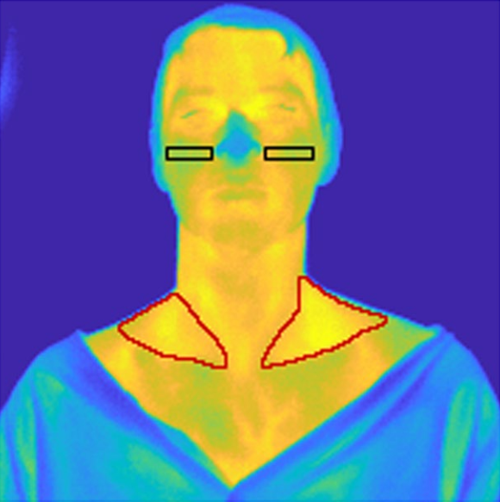 Figure 1. IRT image of a subject with hands and feet in cold water.