EN / 简
You are here: Home » News » Application—On The Use of Thermography IR in Cycling Activities

Application—On The Use of Thermography IR in Cycling Activities

On The Use of Thermography IR in Cycling Activities

Another possible use of thermography IR concerns the relationship analysis of both thermal and mechanical behaviors in the cycling technique of senior cyclists for example. The analysis of the driving force coupled with the acquisition of the skin surface temperature field of active legs can lead: 1. to highlight a systematic significant deficit of the force developed by one of the lower limbs, 2. to apprehend the mechanisms of muscular thermoregulation.

To fight against the different resistances to progress, the cyclist generates forces to the pedals during the pedaling motion. Pedaling results from actions of antagonistic muscle groups to mobilize the joints of the hip, knee and ankle, so as to achieve a full rotation of the crank around the bracket. The use of footrests or clipless pedals, however, allows the cyclist to generate a propulsive work even during the rise of the pedal.

The difference in performance between the 40 km cycling specialists against the clock is not entirely dependent on some physiological variables. A study in which were measured: 1) The maximum oxygen consumption, 2) The lactic anaerobic threshold, 3) The use of muscle glycogen, 4) The type of muscle, 5) Enzyme activity, has allowed drawing the hypothesis that the cycling performance could be partially related to biomechanical factors related to individual pedaling technique. Moreover, the experienced cyclists consume less oxygen per unit of power output, than cyclists of lower level. It seems that these differences in oxygen consumption are not entirely due to physiological factors (muscle type), but also in biomechanical parameters. It seems obvious that the physical potential of the athlete is a major parameter in the performance in cycling. However, it seems important to study how the energy generated by muscular contraction is converted into a propulsive energy on the pedal. The application of forces on the pedal is the last link in the conversion of metabolic energy into mechanical energy to drive the pedal.

A production of equivalent force on each pedal is also a factor in improving the efficiency of pedaling. The majority of elite cyclists has a “round and smooth” pedaling even though some may have an asymmetry greater than 10%. A population of cyclists are most vulnerable to these risks is the master population (50-60 years). In addition, this group of cyclists concerns the majority of practitioners. The purpose of this study is to study the biomechanics of cycling in masters cyclists during incremental test. At the same time acquiring a mapping of skin temperatures of active members will be conducted to better understand the mechanisms of thermoregulation muscle. 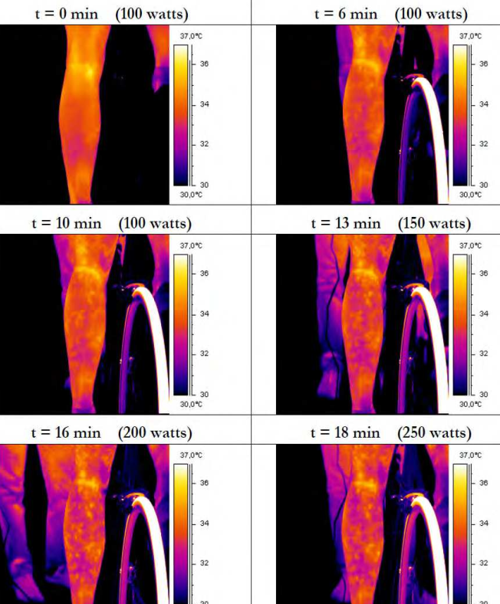 Figure 1. Temperature maps of the calf during the protocol.

The objective of this preliminary study was to analyze in masters cyclists pedaling mechanics and to measure the skin temperature of the gastrocnemius muscle during incremental exercise. Our results indicate that at a certain level of power (150 W) a significant difference (P <0.05) between the peak maximum of the right and left engine torques (+ 10% on the right limb).

For the majority of subjects, calf skin temperature decreases with exercise intensity. The average temperature curve thus shows the levels for each power. This decrease in temperature can be related to mechanisms of heat removal employed by the human body. More the energy to evacuate is, the greater the temperature gradient across the fat must be high to allow the transfer by conduction. Then, this flow of heat must be transferred from the skin surface to the environment. During pedaling, and for low external mechanical powers, the thermal transfers are mainly convective, even if a share exchange radiation should not be overlooked. A contrario, if the exercise intensity increases, a sweating mechanism appears, allowing a much larger exchange by evaporation into the environment. The temperature difference between the surface of the skin and the air does not need to be as important as when only the convective heat exchange occurs.

A thermomechanical analysis of Masters Cyclists pedaling was conducted in the laboratory. This preliminary study indicates that cyclists have an asymmetrical cycling from a relatively low level of power (100 W). Regarding thermoregulation during exercise, a gradual cooling of the calf as a function of external mechanical power is observed. This cooling is accompanied by strong inhomogeneities in the distribution of surface temperatures. These complex mechanisms of thermoregulation should be analyzed in future studies especially with regard to changes in heart rate and thickness of adipose tissue.