Limb length discrepancy (LLD) is defined as a condition in which limbs are noticeably unequal. It is a common problem frequently found in the asymptomatic population. According to Woerman and Binder-Macleod, as many as 40–70% could exhibit a physiological discrepancy between the limbs’ length. Two pathological forms of LLD have been described: anatomical, i.e. associated with a shortening of bony structures, and functional, i.e. secondary to other musculoskeletal diseases which influence the biomechanics of lower limbs. LLD can be present in both acute and chronic forms. The acute form (forced LLD) may occur in subjects with lower limb fractures or Achilles tendon ruptures. Chronic LLD may be associated with musculoskeletal disorders, such as scoliosis, pelvic and sacral misalignments, osteoarthritis, etc.

Although LLD is mostly asymptomatic, it may cause either functional or structural dysfunction. The asymmetric load of body segments secondary to LLD has a stressful mechanical effect on different muscles; in particular it may cause a tonic contraction of back and lower limb muscles, such as quadratum lumborum, latissimus dorsi and gastrocnemius. The effects of LLD on the posture have been widely studied by means of gait analysis and balance platforms, while the activity of the single muscles involved, both at rest and during active contraction, has been investigated only by means of electromyography (EMG). 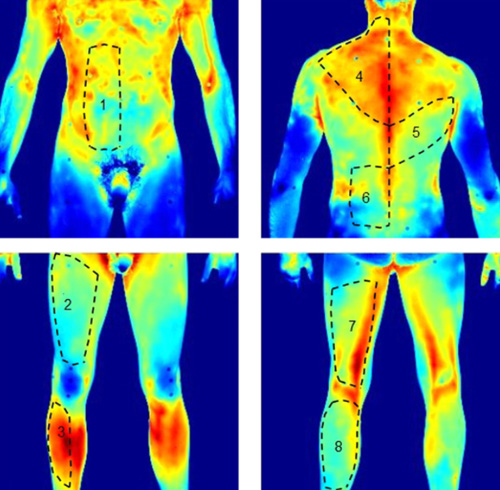 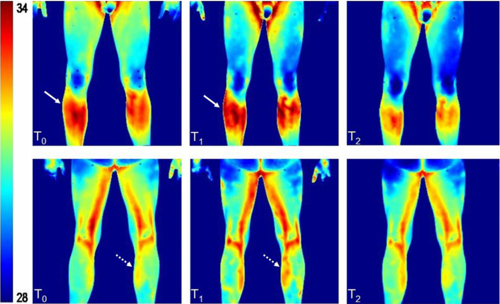 In conclusion, IR imaging is a technique which may be effectively added to the existing techniques, for the assessment of LLD and postural disorders, and even for clinical purposes. In particular, it can be useful in the evaluation of patients affected by hip fractures or submitted to lower limb surgery (casts). It can also be used for the follow-up and evaluation of different treatments, such as physical therapy and arch support.

SUANGSI was founded in 2014 by several professionals with more than ten years of industry experience, and we have experts from well-known universities in China as technical consultants.