Volcanic activity may be caused by a lateral split, if the split has begun to overflow from the edge of the crater, it will cause a rockfall event. Therefore, the rate of magma ascent and the key parameters of volcanic hazards need to be evaluated. The use of infrared thermal imaging cameras can be used for many monitoring problems. Due to the strong magmatic activity usually causes higher gas flux, the thermal conductivity flux and water accumulation rate can be pushed through the image to monitor the spatial distribution of temperature related to volcanic degassing and eruption activities. And abnormal phenomena during this period. In the vicinity of the volcano, infrared thermal images can be obtained from flying, hand-held ground observation and temporary fixed stations. These images are not only used for rockfall monitoring, but also for thermal investigation of the temperature gradient of the growing volcano roof and fumarole. 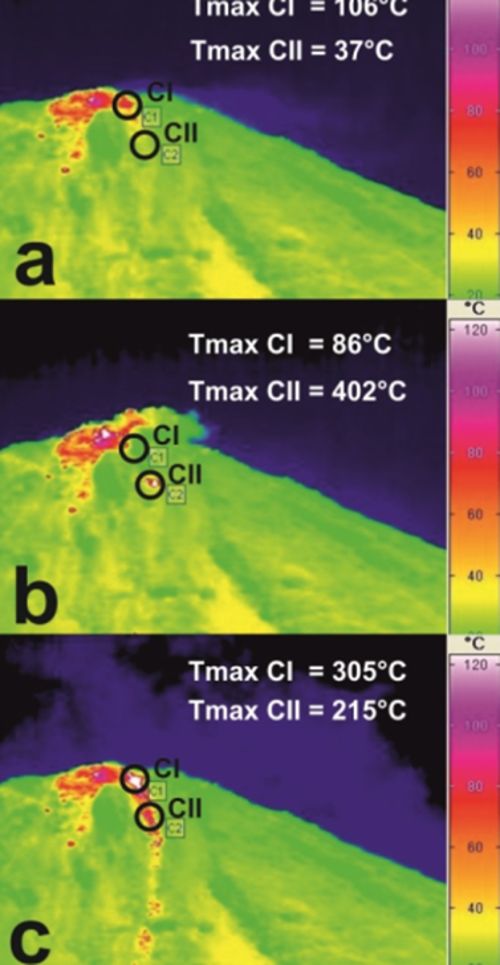 The researchers proposed a method of using infrared thermography to monitor the amount of rockfall in detail to estimate the rate of volcanic magma extrusion. If the growth of the top of the volcano is mainly affected by falling rocks, then this method successfully obtained a reasonable and accurate estimate of the extrusion rate. The amount of rockfall is obtained by comparing the infrared thermal image before and after the rockfall, which shows that the rockfall volume is related to the thermal and seismic data. The recorded thermal image is the average temperature of the newly exposed surface on the top of the volcano immediately after the rockfall, or the average rockfall temperature on the slope of the volcano. The second and more important relationship for estimating the amount of rockfall is the comparison with seismic signals. Therefore, seismic monitoring can be used as a powerful tool to monitor the extrusion rate of certain active volcanoes. The researchers suggest using infrared thermal imaging technology for risk assessment at the volcanic roof eruption center.