In the traditional measurement methods in the past, the measurement of large quantities of objects to be tested will result in a lot of waste of manpower and time, and the gains outweigh the losses. The problem still exists is that the surface contact between the measuring instrument and the measured object destroys the original temperature field of the object, affects the transmission of the temperature sensing element, and causes the output signal to be not accurate enough. The measuring range of the infrared thermal imager will not be disturbed by the measured object, there is no inertial effect in the transmission of optical information, and the path can be changed smoothly to ensure the integrity of the data. Thermal imaging technology has initially entered the field of measurement, and through various tests on the temperature field, it provides effective data for understanding heat transmission. The research of thermal imaging technology has made significant contributions to exploring new physical concepts and building new physical models, and provides new ideas for solving some problems. 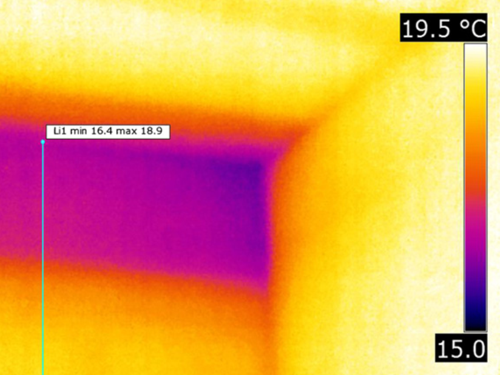 The early thermal imaging system used an optical system to scan the thermal radiation of the measured target, which was received by the unit photon detector, and after a series of image processing and photoelectric information conversion, it output video and image signals, but it could not record in real time. With the rapid development of indium-germanium-doped photon detectors in the middle of the twentieth century, a real-time display system that can scan target thermal images at high speeds emerged in this period. With the development of real-time thermal imaging technology for high-speed scanning targets, Sweden has successfully developed a new thermal imaging instrument, which adds a temperature measurement function to the infrared imaging system. This is the earliest infrared thermal imager.

At the end of the 1980s, the developed thermal imager has more comprehensive functions. It has the functions of measuring temperature, collecting image information, modifying, analyzing, and storing. The weight is greatly reduced, and the accuracy and reliability are also significant. Promote. In the mid-1990s, the United States successfully developed from military technology to civilian use, and a new generation of infrared focal plane infrared thermal imaging cameras began to commercialize. When measuring, you only need to pay attention to the image of the measured object, save the image data to complete the operation. For some infrared handheld products with storage function, when you encounter an image you want to keep during outdoor observation, you can save the image by just pressing the camera button, and then you can export it from the computer, flush or print it, which is very convenient and quick .

From the end of the last century to the beginning of the new century, China has made great progress in the field of infrared thermal imaging. The core detectors of infrared thermal imaging can be produced independently, and infrared products are gradually approaching the homes of ordinary Chinese people. Although infrared technology started late, with unremitting efforts, technical indicators have reached the world's advanced level, breaking the foreign monopoly. At present, the measuring range of infrared thermal imaging cameras has been expanded in various fields such as environmental protection, medical treatment, and security, and has begun to occupy a place in the development of the world economy.