We focused on the toco toucan (Ramphastos toco Muller), which has the largest bill of all the toucans. It is, however, crucial that blood flow be adjustable in order to control heat exchange from the bill. We examined whether the toucan’s bill can operate as a thermal window for heat loss, capable of being “opened” within and above the thermal neutral zone and “closed” to conserve metabolic heat at lower temperatures. We used infrared thermography to examine the effects of changing ambient temperature (Ta) on the heat exchange profile of different regions of the bird’s body.

The bill of the toucan attains its remarkable size through a steep ontogenetic growth, leading to a bill surface area 25 to 40 times larger than that predicted from scaling relationships. 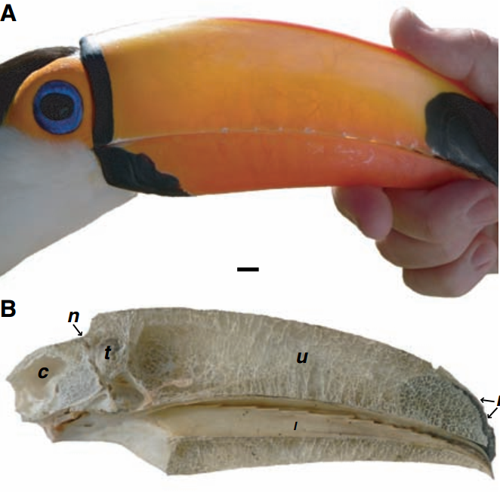 Figure 1. Side view of an adult toco toucan bill and a museum specimen.

As expected, the temperature of the feather covered areas was only slightly above ambient temperature and varied significantly only at the lowest temperatures. Temperature in the eye region was kept nearly constant [30° to 36°C; compare to toucan body temperature of ~38° to 39°C (18)] at all Ta, indicating continuous blood flow to the naked skin around the eye regardless of Ta. Proximal and distal bill regions were more variable, but the prevailing trend was for larger gradients to occur between 20° and 25°C in the proximal region (in adults), with the distal region not exhibiting sustained dilation until T a was above 25°C.

Thus, the proximal region of the bill was used mainly to dump heat at lower Ta (>16° to 25°C), and as temperature rose, the distal region began to receive increased blood flow, becoming warmer, helping the bird cope with the extra heat load. The greatest variance in bill surface temperatures occurs within the toucan’s thermal neutral zone (~18° to 30°C), according to the expectations of a thermal window. These results show that vasomotory adjustments to the bill’s surface in toco toucans serve a thermoregulatory function. Furthermore, breathing frequency and expired air temperatures changed suddenly at air temperatures below ~21°C, paralleling the thresholds for bill vasodilation.

Figure 2. Temperature profiles of surface temperature differentials of the toucan bill at two different Ta (15° and 20°).

The remarkable heat exchange capacity of the bill may also be instrumental when metabolic heat production is increased, as would occur during flight [when heat production is 10 to 12 times that at rest]. For one bird, bill temperatures (Tbill) started at ~30° to 31°C and began to rise within 4 min of flight, until eventually reaching a maximum of 37°C by the 10th minute. The heat loss from the bill could prove essential for maintaining adequate thermal balance when heat production increases.

Therefore, even 2-month-old toucans exhibit high obligatory heat loss from the bill, which cannot be down-regulated in the cold. As young, toucans remain blind and naked for the first 3 weeks, begin plumage growth at 4 weeks, and fledge only after 6 weeks of age. Even in subtropical climates, young toucans would incur thermoregulatory costs, made more challenging by their poor ability to control bill heat exchange.

Temporal changes in the adult bill’s surface temperatures are rapid and reversible, occurring within minutes, which was most evident when we observed the birds while they were sleeping. As the birds begin to sleep, a transient bill vasodilation occurs. Because birds, like most endotherms, reduce body temperature during their nocturnal sleep, our results show that toucans have the ability to use their bill to rapidly dump body heat as the thermal set-point declines. Furthermore, we found that sleeping birds show transient changes in bill surface temperature without evidence of awakening, indicative of sleep-state transitions associated with changes in thermoregulatory state.

Our results demonstrate that the constraints of heat exchange and the bill’s potential use as a thermoregulatory organ should be considered in understanding the distribution, ecology, and behavior of toucans. Furthermore, given the rapid radiation of bill structures and diversity of beak morphologies of birds, thermal constraints from bill heat loss may prove to be a common feature among many avian fauna.